02 May International Sauvignon Blanc Day is Friday May 3rd

Friday May 3rd is officially International Sauvignon Blanc Day!  Whether grown in Bordeaux and Sancerre, France; Marlborough, New Zealand; or Napa Valley. California; Sauvignon Blanc is one of the world’s most popular wines. Often referred to as “grassy,” it is known for its refreshing crispness, which is due to its high levels of acidity and low amounts of sugar.

The Sauvignon Blanc grape originated in the Bordeaux region of France.  In Bordeaux, it is believed that the grape was given the name Sauvignon Blanc from the French word sauvage, which means wild, because the grape grew like a weed throughout the region. Instead of being fermented and bottled on its own, winemakers in Bordeaux chose to use Sauvignon Blanc in their white blends and to make the dessert wine Sauterne.

From Bordeaux the grape traveled north to the appellation of Sancerre in the Loire Valley region of France. In Sancerre, Sauvignon Blanc was planted and cultivated in order to make a wine for which it would be the only ingredient. However, instead of naming the new wine Sauvignon Blanc, after the grape the wine had come from, the French chose to name the wine Sancerre (“San-SER”), after the region where it was born. In the twentieth century, Sancerre became incredibly popular in Paris bistros and bars because of its ability to go extremely well with or without food. Sancerre wines were easy to drink and the public fell in love! 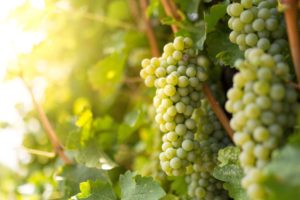 From the nightlife of Paris, Sauvignon Blanc traveled around the globe and found another champion in New Zealand, who would finally make the grape’s name known worldwide. In the 1980s, few had still heard the actual name Sauvignon Blanc, even though many were drinking it regularly every time they drank Sancerre or White Bordeaux.  It was then that New Zealand wines hit the international market, debuting wines that were bright, crisp, refreshing and, best of all, incredibly affordable.  The rest of the world took notice of these vibrant wines and, soon after, wine regions such as California, Chile and South Africa were also making stellar representations of the grape.

Whether called Sancerre or Sauvignon Blanc, it is known as a refreshing dry wine that has a great minerality, aromas and tastes of herbs and grasses and a nice crisp pucker. Across the world, including in France, the wine is hardly ever aged in oak, with the winemakers preferring to exhibit the bright and fruity characteristics of the grape.